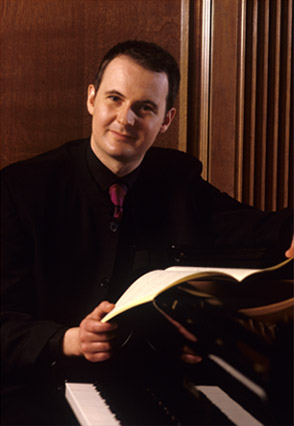 The renowned British pianist Joseph Tong will perform a selection of Sibelius’s piano works, including the composer’s own transcription of Finlandia, in three recitals at prominent venues in Finland in early September. The works also feature on his from his new CD on the Quartz label.

Joseph Tong studied at Cambridge University and the Royal Academy of Music in London, making his Wigmore Hall début in 1997 as a winner of the Maisie Lewis Young Artists Award.

All the details for these concerts can also be found at  http://www.sibelius150.org/en

Just in time for the International Sibelius Festival in Lahti, Okko Kamu’s cycle of Sibelius symphonies with the Lahti Symphony Orchestra for BIS Records has been released on 3 SACDs (special price): BIS-2076. Martin Nagorni’s video interview with Okko Kamu about the recording can be seen here:

Details of Sibelius One’s Annual General Meeting, to be held on Wednesday 2nd September 2015, can be found here. Please note that you need to be logged in as a member to view this page.

són – Southampton’s new professional orchestra – is presenting its official launch concert with an all-Sibelius programme on at 3 pm on Sunday 29th November 2015 at Turner Sims, Southampton.

The concert will be conducted by Robin Browning and will feature David Owen Norris as presenter and pianist.

són (an old-English word meaning ‘sound’) is the name for a brand new classical music project. At its heart, són is a fresh and dynamic chamber orchestra – professional, versatile, inspiring. It is the first and only professional orchestra in Southampton – one of the UK’s most richly diverse and culturally flourishing cities. Until now, Southampton was the largest city in the UK without a resident professional orchestra. són’s concerts are planned to be a little different – yet always engaging, and tying in with other areas of the orchestra’s work – són | education and són | masterclass.

Dima Slobodeniouk has been appointed as principal conductor of the Lahti Symphony Orchestra, starting in the autumn of 2016. Slobodeniouk will also be artistic director of the orchestra’s annual Sibelius Festival. The City Board of the Lahti Municipality Association made the appointment at a meeting on 17th August 2015. Slobodeniouk’s contract will run until the spring season of 2019.

Slobodeniouk remarks: ‘When people ask me whether I have always wanted to be a conductor, more and more often my answer is: No, I have not. Despite me, growing up in a family of orchestra musicians, I simply had no idea what it is like to be a conductor. Today, when the fact of me taking over a position of Music Director of Lahti Symphony Orchestra becomes a reality, I once again realise, that being a conductor is what I want and what I live for.’

Slobodeniouk sees the forthcoming collaboration as a wonderful chance to develop musical relationships with the orchestra and audiences both in Lahti and internationally. ‘I was lucky enough to be able to build and maintain a very open and fruitful relationship with Lahti Symphony Orchestra ever since I first conducted them in 2001 replacing Leif Segerstam. Today – this is a big honour and a challenge for me to create something new on the foundation of a great orchestra tradition in Lahti’, says Slobodeniouk. ‘I believe and hope, that with our music making we can influence people’s lives regardless of their age or social background. The unique thing about classical music is the fact that it does not have to be verbalised or explained. That way it can reach and touch anyone.’

Teemu Kirjonen, General Manager of the Lahti Symphony Orchestra, says: ‘After the triumphant chief conductorships of Vänskä, Saraste and Kamu, we are looking forward to our time with Slobodeniouk with great enthusiasm. On the basis of what the orchestra has already achieved with him in the past few years, we may expect great things in the future.’ Slobodeniouk already enjoys a major international career and, Kirjonen believes, having him as chief conductor will be an excellent springboard for the further development of the orchestra’s artistic level, and for the continuation of its touring and recording activities.

Petri Komulainen, chairman of the committee representing the players in the Lahti Symphony Orchestra, says that he is very proud and excited at the new appointment, and describes the orchestra as being on the threshold of a new era. ‘Slobodeniouk has close ties to Finland, combined with an international career that is very much on the up. I’m convinced that he will manage to bring a new, energetic perspective to the orchestra’s work, and that his performances will appeal to an ever wider audience.’

Moscow-born Dima Slobodeniouk has made Finland his home for over two dec­ades. A former student at Helsinki’s prestigious Sibe­lius Academy, he began his conducting studies in 1994 under the tutelage of Leif Segerstam and Jorma Panula. Currently music director of the Orquesta Sinfónica de Galicia, he is a regular guest conductor of the Helsinki Philharmonic and Finnish Radio Symphony Orch­estras as well as London’s Philharmonia Orchestra, the Orchestre de Paris and the Netherlands, RAI Turin and Stuttgart Radio Philharmonic Orchestras. Slobodeniouk collaborates with many of today’s composers, among them Kalevi Aho, Sebastian Fagerlund, Jörg Widmann and Lotta Wennäkoski. 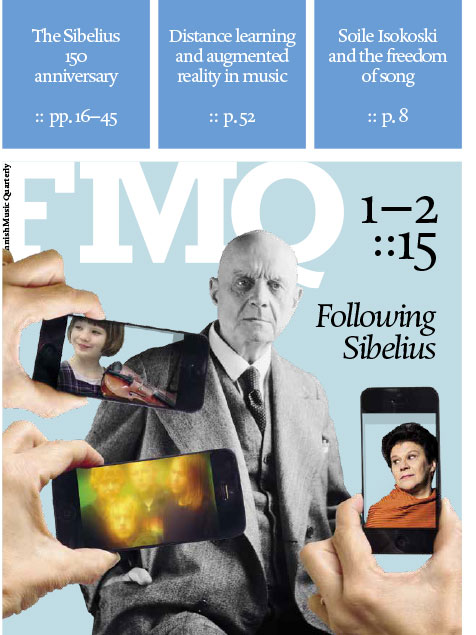 Finnish Music Quarterly (FMQ) magazine has produced a special issue dedicated to the Sibelius 150 anniversary. In this issue (to quote the Editorial): ‘We take a look, among other things, at the political and politicised Sibelius and his role in shaping what came to be perceived as our national musical language. We also explore new approaches to individual works. Yet at the same time we aim to reach beyond the historical figure and the myth to address today’s world and the future. What should we do to nourish and nurture this musical legacy for following generations?…’

FMQ has been a showcase in English for Finnish musical culture since 1985, keeping track of what is happening in Finland. Readers of the magazine will find information about Finnish music past, present and future. The FMQ is published by Music Finland, and its partners are the Sibelius Academy, the Society of Finnish Composers and the Finnish Musicians’ Union.

Contents of the Sibelius issue:

Most of the articles can be read online; please open this link and click the year 2015, and you will find links to the single articles.

Members of Sibelius One may purchase printed copies of this special issue of FMQ for the price of £8.00 including postage. This offer runs until 30th August 2015, and the magazines will be sent at the beginning of September.

To order your copy, please send an e-mail to gm@sibeliusone.com.
Payment can be made via internet banking to Sibelius One’s account:
Sort code 54-10-27 / Account number 13655558
For international payments: Swift code NWBKGB2L / IBAN: GB88NWBK54102713655558
Internet banking payments must arrive by Sunday 30th August at the  latest.
Payment can also be made by UK sterling cheque (sorry no international cheques) made payable to Sibelius One and sent to the Treasurer, Sibelius One, ‘Ainola’, 5 The Avenue, Basford, Newcastle-under-Lyme, Staffs. ST5 0ND. Cheques must arrive by Thursday 27th August at the  latest.

The Sibelius One group will be continuing its long tradition of eating at El Toro (Mariankatu, south of the Market Square) after the concert on Saturday night, 5th Sepember 2015. Please contact a Sibelius One committee member early in the festival week  to make sure you are included in our reservation.