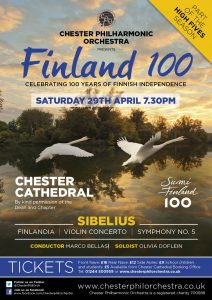 The Chester Philharmonic Orchestra will perform an all-Sibelius concert at Chester Cathedral on Saturday 29 April 2017 at 7.30 pm to mark the centenary this year of Finland’s independence. The orchestra is proud and honoured to be appointed as an official partner by the Finnish Government in the anniversary celebrations. The participation of the acclaimed Dutch violinist Olivia Doflein and the engagement of the Italian Marco Bellasi as conductor reflect the international emphasis of this event.

The Chester Philharmonic Orchestra, founded in 1884, is one of the premier non-professional orchestras in north-west England. The orchestra has a large playing membership enabling it to perform most pieces within the symphonic repertoire. The orchestra usually gives four or five concerts a year,  usually in the magnificent setting of Chester’s ancient Cathedral.

Olivia Doflein (1989), originally from the Netherlands, moved to London in 2009 to study at the Royal College of Music. She has won first prizes at several competitions and has participated in masterclasses with Zakhar Bron, Shlomo Mintz, Gordan Nicolic, Alina Ibragimova and Pavel Vernikov. She made her professional solo débuts in the UK and Germany in the 2014–15 season. She has since performed regularly as a soloist throughout the UK and the Netherlands. She is an enthusiastic chamber musician who has performed at the Amsterdam Concertgebouw, Muziekgebouw Frits Philips Eindhoven, Wigmore Hall and Cadogan Hall.

Congratulations to two of Finland’s foremost conductors (and most distinguished Sibelius interpreters), who have been appointed to prestigious new positions.

Sakari Oramo, principal conductor of the BBC Symphony Orchestra, Royal Stockholm Philharmonic Orchestra, Ostrobothnian Chamber Orchestra and West Coast Kokkola Opera, has been appointed Professor of Orchestral Training and Orchestral Conducting at the Sibelius Academy of the University of the Arts Helsinki for the five-year period (2020–24). He succeeds Atso Almila, who will retire when his term expires in 2019. Kaarlo Hildén, Dean of the Sibelius Academy, remarks: ‘We are privileged to have someone like Sakari take over this distinguished professorship.’ For further information click here. 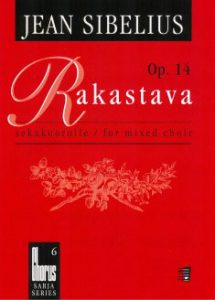 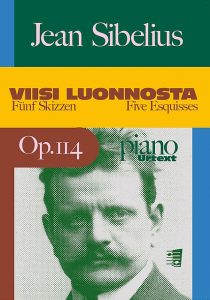 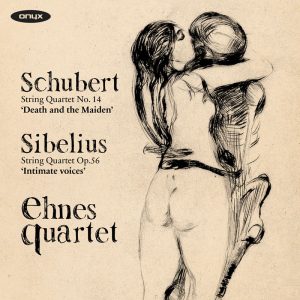 This week’s free download from Classical-Music.com , the official website of BBC Music Magazine, is the Allegro from Sibelius’s String Quartet in D minor, ‘Voces intimae’. Performed by the Ehnes Quartet, the recording received a four-star review in the February issue of BBC Music Magazine.

In anticipation of the third Sibelius Festival – Golfo del Tigullio e Riviera, which will take place in October 2017, the AkREibA Association is presenting a series of four lectures, as a preview of the festival.

The first will be given by Prof. Ferruccio Tammaro, one of the greatest Italian musicologists (University of Turin).
‘THE SEA IN THE NORDIC SYMPHONIC MUSIC’
Saturday 1 April, 5 pm,  ‘Spazio Aperto’ Hall, Via dell’Arco, Santa Margherita Ligure, Italy