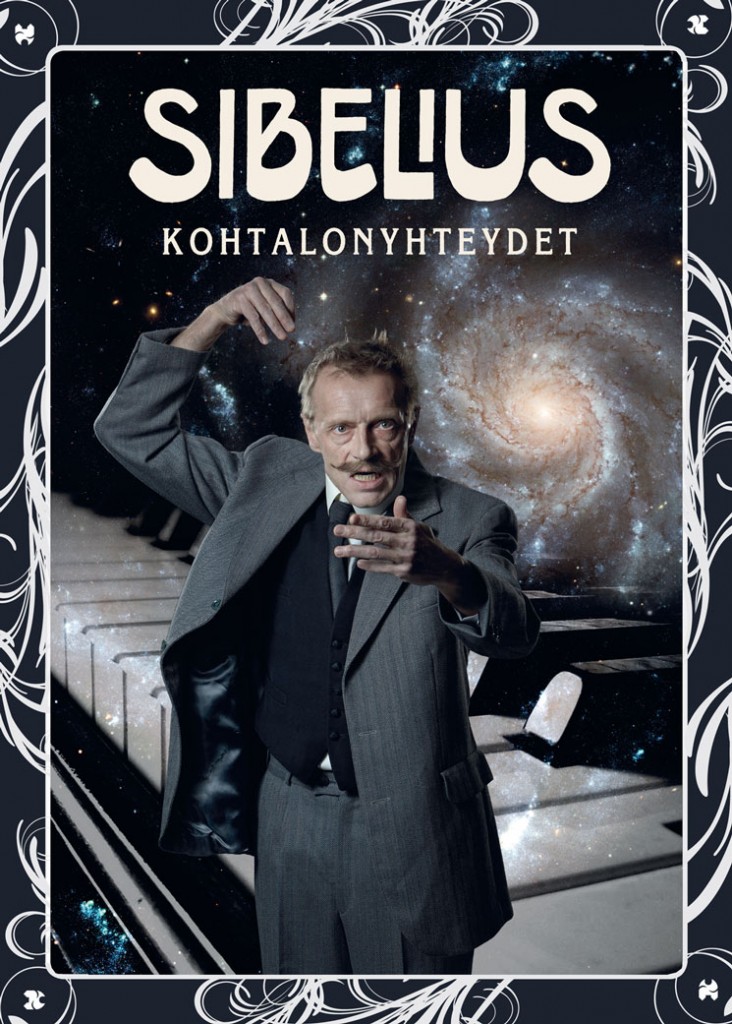 ‘Fateful connections’ is a beautiful term. For example, the German Jewish composer Gustav Mahler once met Jean Sibelius, who was in favour in Nazi Germany. They discussed music, not politics. There was a remarkable connection between the two composers’ fates: both of them composed a vocal work about the death of a child. Sibelius’s piece, well-known to all Finns, was the choral song Sydämeni laulu (Song of my Heart); Mahler’s contribution was the Kindertotenlieder. In both cases, one of the composer’s children died shortly after the music was composed.

In Sibelius’s birth house in Hämeenlinna there is a drawing from Sibelius’s childhood. The Sibelius family is on an excursion; their mother is sheltering the children under parasols. High up in the sky is a hot air balloon, from the basket of which little Janne, Finland’s future national composer Jean Sibelius, looks down and watches the world going by.

A talented person affects and leaves traces in his environment. For an artist the process of composition may be a solitary experience, but the finished result becomes our common property, art that defines the people, and a measure of national self-esteem. The play Sibelius – Fateful Connections also explores Jean Sibelius’s significance for Finnishness. What happens to a person when he changes from being himself to being a monument? What would Sibelius say to poets such as Pentti Saarikoski or Arto Melleri? What would his dream of Mannerheim be like? How can someone who listens to the music of the spheres get by? What are the dreams of a passionate person? How can he survive in a world that has fallen into absurdity?

Antti Vihinen’s multi-layered, opulent dream play Sibelius – Fateful Connections presents a wild fresco of an exceptional creative individual’s life based on the traces he left in the world.

The music to be performed at three of the chamber concerts at the 2015 Lahti Sibelius Festival has been announced and is as follows:

Please contact us at the latest by 15th December 2014 if you wish to be part of the Sibelius One group at the Festival in 2015, as tickets and hotel rooms are selling out FAST. Further information on the page ‘Visit Finland’.

The Vienna Philharmonic Orchestra’s plan to include Sibelius’s Valse triste in its New Year’s Concert for 2015 has come to nothing.

Breitkopf & Härtel has responded with the following press release:
Breitkopf & Härtel deeply regrets the decision of the Vienna Philharmonic Orchestra to withdraw Jean Sibelius’ “Valse triste” from the program of its 2015 New Year’s Concert.

As grounds for its withdrawal, the orchestra claims that the publisher is demanding excessively high fees. This is not the case.
On the contrary, Breitkopf & Härtel’s initial offer was moderate already. Another substantial reduction of the fees, taking into consideration the special cultural aspect of the inauguration of the Sibelius Year in the framework of the New Year’s Concert, still failed to bring about an agreement.
The sole issue for the negotiation was the license fee claimed by the publisher for the film rights (synchronization rights). Only the broadcasting and public performance rights (via radio, television, etc.) of “Valse triste” are protected by performing rights organization (e.g. GEMA): they thus were not an issue in Breitkopf & Härtel’s contract offer. There were also no hire fees involved, since the sheet music to “Valse triste” is exclusively available as sales material and is subject to controlled prices in Germany and Austria.
Jean Sibelius would have deserved a “front row seat” at the concert marking the beginning of the year in which his 150th birthday will be celebrated far and wide.

The musical commentator Norman Lebrecht observed: ‘The amount requested by the publisher was 4,000 Euros. The Vienna Phil refused to pay more than 2,000. The orch recently trousered a million dollars from Sibelius’s near-compatriot… the Birgit Nilsson Foundation. Have they no shame? Absolutely none.’ 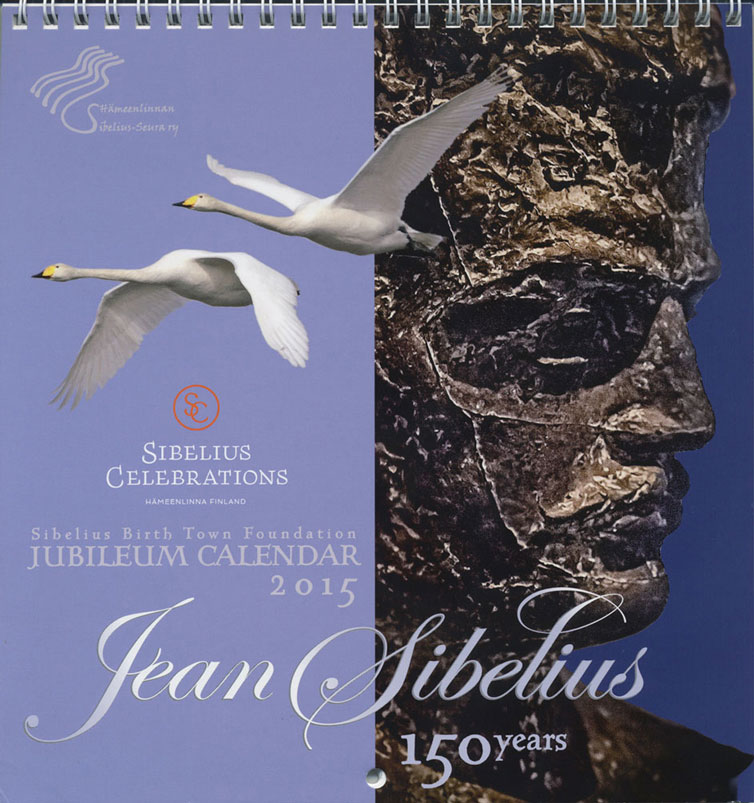 Sibelius’s birthplace museum in Hämeenlinna will open for extended hours until the end of 2015. During the winter months it will be open from 12 noon until 4 pm; from May to August from 10 am until 4 pm – every day including Mondays.

Sibelius’s birthplace is a modest Empire-style wooden house built in 1834 in the centre of Hämeenlinna. Here he spent the first three years of his life, although he lived at other addresses in Hämeenlinna until 1885. The house has been a museum since the 1960s and contains many Sibelius-related exhibits and items contemporary with the composer’s early years. The building is also a venue for chamber concerts. 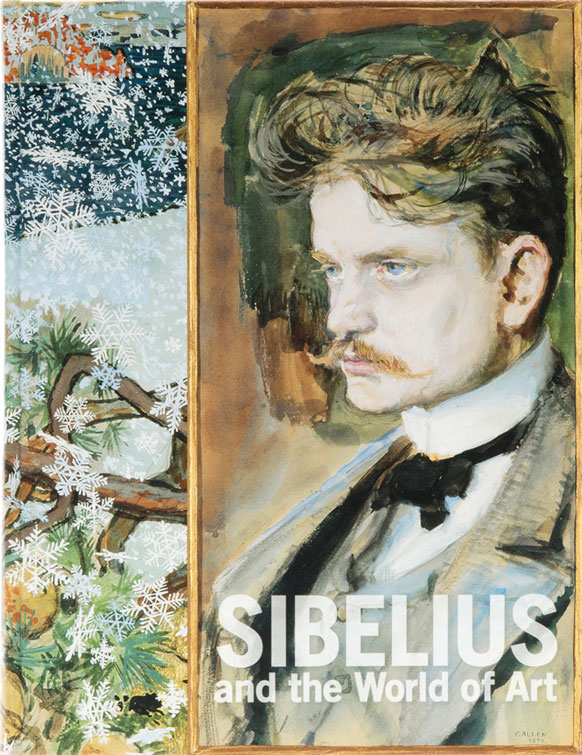 Produced to accompany the major exhibition currently running at the Ateneum in Helsinki, this magnificent volume showcases the world of Jean Sibelius and his connections to visual art. Sibelius was an inspiration to many artists and he himself was surrounded by art in many ways.

Expert essays in the book explore the importance of Jean Sibelius from several angles, with a particular focus on image research. The lavishly illustrated book features artworks from the late 19th century to the 1960s by such famous names as Akseli Gallen-Kallela, Eero Järnefelt, Pekka Halonen, Tyko Sallinen, Wäinö Aaltonen and Eila Hiltunen.

During an unplanned break in transmission owing to a technical fault in the morning of 13th November 2014, Swedish Radio’s P1 channel used music from Sibelius’s incidental music to The Tempest to fill the gap until normal transmission could be resumed. Sibelius’s music did not, however, quite hit the spot, reports the broadcaster’s website: listeners found the music ‘funereal’ in character and assumed that a major figure had passed away.

‘We have had many reactions… both internally and reactions from our listeners’, says Michael Österlund of Swedish Radio. ‘Many people perceived the music as fateful, and thought that it was the Radio’s funeral music to be played if the King, Princess Victoria or the Prime Minister died.’

During the six-minute break in transmission, Sibelius’s music was only played for a short while; otherwise there was silence.

Swedish Radio has not announced which music would be played in the event the actual death of a constitutional figure in order to avoid the risk of hoax broadcasts.

Performed by Folke Gräsbeck, the programme contains a wide-ranging selection of Sibelius’s piano music, familiar and unfamiliar, including also some of the composer’s own piano transcriptions of his orchestral music. Folke Gräsbeck’s credentials as a Sibelius interpreter are second to none: he participates on 24 discs in the complete Sibelius Edition project for BIS Records including the complete solo piano music (10 CDs) and discs of songs, works with solo instruments and with choir. He also gave the first piano recital at the Sibelius Hall in Lahti in 2000, with a pro­gramme consisting exclusively of Sibelius piano music premières. His reper­toire also includes Sibelius’s Piano Quintet, four piano quartets and five piano trios. Gräsbeck has performed 397 out of Sibelius’s total of approx. 600 works, plus fragments, and has given the first performances of 90 of them. This new recording was made in May 2014.

The London Symphony Orchestra is holding a Discovery Day focusing on Sibelius on Sunday 15th March 2015, including access to the morning rehearsal at the Barbican Hall and an afternoon of insight from experts. The evening concert will include the Second Symphony conducted by Michael Tilson Thomas. Click here for further information and ticket bookings.

Also on the orchestra’s schedule later in the season (28th June) is a performance of the Violin Concerto by Joshua Bell.

Sibelius One members may qualify for discounted prices at these events. Further details will be published when available. 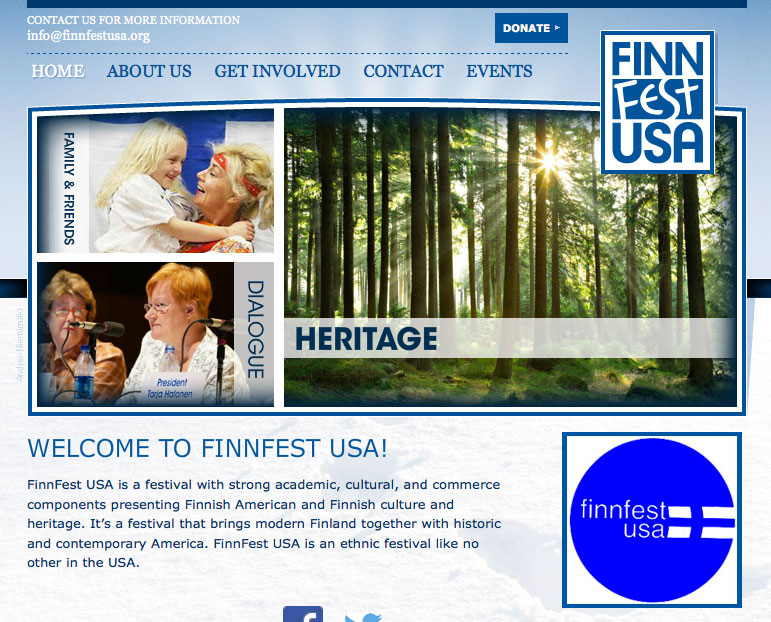 8th–12th October 2015, Buffalo, New York, USA – FinnFest USA 2015 will take place in Buffalo, New York over a long weekend in October in special celebration of the 150th anniversary of the birth of Finnish composer Jean Sibelius and the 75th anniversary of the opening of Buffalo’s Kleinhans Music Hall, designed by the Finnish architects Eliel and Eero Saarinen and designated ‘one of the greatest concert halls in the United States’.  FinnFest USA 2015 programming will take place at Kleinhans Music Hall and the Hyatt Regency Buffalo / Hotel and Conference Center. Further information: www.finnfestusa.org/ or info@finnfestusa.org