The Conference had been scheduled for September 2021 in Sibelius’s birth town, Hämeenlinna, having already been delayed by one year by the ongoing coronavirus situation.

The place and probably also the timing (early September) of the Conference will remain unaltered. Further information about conference arrangements, its programme and associated events will be released in due course.

Helsinki’s historic Kaisaniemi restaurant, in Kaisaniemi park near the Botanical Gardens, is set to be restored and reopen under new management.

Established by Catharina (‘Cajsa’) Wahllund in 1827 on what was then a headland, the original structure has been extended and modified over the years. Among the architects was Carl Ludvig Engel, who was also responsible for Helsinki’s iconic Senate Square. The oldest part of the current restaurant structure dates from 1839, before the construction of the railway line that now runs alongside the premises; the rotunda and outdoor terrace (later glazed in) were added in 1921. The most striking feature of the current building is the large tree protruding through the dining room roof. 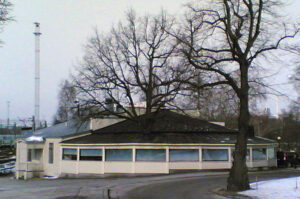 The previous operators of what was then Helsinki’s oldest restaurant went into liquidation in 2019. The new owners are the Kallio family from Porvoo, who already run the establishments Helmi in Porvoo Old Town and Kapellet in Loviisa. The intention is for the wooden building to regain much of its original atmosphere. It will probably be known in future by the Swedish form of its name, Kajsaniemi. The restoration will take several years.

The restaurant has clear connections with the Sibelius family. It was here that the first performance of his Pompeuse Marche d’Asis took place, the brilliantly exuberant piece that Sibelius wrote for his brother Christian while the latter was a student at ‘Asis’ (the Institute of Anatomy at Helsinki University). Christian wrote: ‘The greatest “event” for us students of medicine was an evening that took place last Saturday at the restaurant Kajsis. The march was performed there, composed by Janne. A toast was proposed to Janne, and a lengthy telegram in French was sent to him [to Vienna] with thanks for “La pompeuse marche d’Asis”. The march is at first deeply tragic in slowly rocking rhythm; this is followed by a wilder csárdás-like thing. Screams are heard every now and then, mostly on the cello (two octaves of glissandi, or chromatic octave passages).’ (12 February 1891). 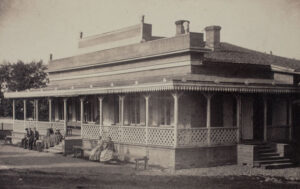