A concert featuring some of Sibelius’s best-loved choral music alongside works by Elgar and Matthew Whittall  will be streamed live from Kings Place, London, on Thursday 3 June 2021 at 7.30 pm. The Carice Singers are conducted by George Parris.

After the live broadcast the event will be available on demand until Thursday 10 June.

Under their director George Parris the Carice Singers are becoming well-known for superb performances and imaginative programmes. Here they focus on two world-famous contemporaries, Elgar and Sibelius who, despite coming from opposite ends of Europe, share many inﬂuences, traits and tensions in their music. The programme travels between the Malvern Hills and Finnish forests, ending in the steamy embrace of Matthew Whittall’s evocation of a Saturday evening sauna. The concert is generously supported by the Nicholas John Trust.

On 23 May 2021 the Avanti! Chamber Orchestra under Tuomas Hannikainen performed Sibelius’s 12-minute Concert Overture, consisting of material from the opera Jungfrun i tornet (The Maiden in the Tower), at Helsinki’s Ritarihuone. The work was last heard in April 1900 in Turku, conducted by the composer. The reviewer of Uusi Aura called the piece a ‘ballad’ that ‘attracted much attention’; his colleague in Åbo Underrättelser mentioned that the piece had not been performed in Turku before, and was received with ‘sympathetic applause’.

Previously it has been assumed that the overture performed in Turku was just the orchestral introduction to the opera, some three minutes of music that lack an effective concert ending. When examining the original manuscript, however, Hannikainen became curious about some markings and changes, apparently in Sibelius’s handwriting. Through extensive research into the manuscript and other sources he was able to reconstruct the longer overture, i.e. the Concert Overture, which incorporates material from various different places in the opera.

Among the other music in the concert were Sibelius’s suite from Belshazzar’s Feast and the melodrama The Countess’s Portrait.

The concert can be heard here: https://areena.yle.fi/audio/1-50799742, and a video recording of the Concert Overture can be seen on the orchestra’s YouTube channel.

The score is being published by Fennica Gehrman, and performance materials will be available for hire (hire@fennicagehrman.fi). 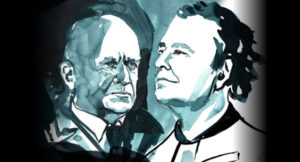 Sakari Oramo’s final concerts as chief conductor of the Royal Stockholm Philharmonic Orchestra are an in-depth journey through Jean Sibelius’s music, including all seven symphonies in chronological order. All concerts will be available to listen to free online. 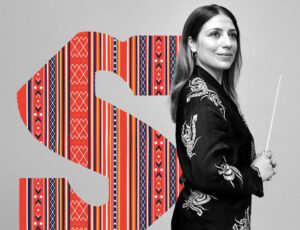