The Lahti Symphony Orchestra’s 18th International Sibelius Festival will take place at the Sibelius Hall from 30 August until 3 September 2017, and its artistic director is Dima Slobodeniouk, principal conductor of the Lahti Symphony Orchestra. In addition to the concert by the Gothenburg Symphony Orchestra, there will be three concerts by the Lahti Symphony Orchestra under Slobodeniouk’s baton (Wednesday 30 August, Thursday 31 August and Saturday 2 September), as well as chamber concerts and other events. The theme of the programmes of music by Sibelius is the centenary of Finland’s independence, and the orchestral concerts will include, among other works, the Second and Fifth Symphonies, Spring Song, En saga, The Wood-Nymph and the Press Celebrations Music; further details of the repertoire will be announced shortly. The festival is also part of the national ‘Finland 100’ programme of events.

Click here for information about Sibelius One’s group visit to the Sibelius Festival 2017.

Dima Slobodeniouk, artistic director of the Sibelius festival, regards the Gothenburg Symphony Orchestra’s visit as a landmark in the festival’s history: ‘One of Sibelius’s most important champions outside Finland was the composer and conductor Wilhelm Stenhammar, who was principal conductor of the Gothenburg Symphony Orchestra from 1907 until 1922. When we speak of Finland’s independence, we should remember that the year 1917 marks an important phase in Sibelius’s life as well, when knowledge of his music was spreading rapidly internationally, and the Gothenburg orchestra played an important part in this’.

Sten Cranner, general manager and artistic director of the Gothenburg Symphony Orchestra, says that the orchestra is genuinely honoured by and grateful for the invitation to perform at the Lahti Sibelius Festival in 2017. ‘Most of all because Jean Sibelius is so important for the Gothenburg Symphony Orchestra’s repertoire, history and identity, but it’s certainly also very special for us in that we will make a guest appearance at the festival for the first time in Finland’s anniversary year. This will also be our very first concert outside Sweden with our new chief conductor, Santtu-Matias Rouvali.’ 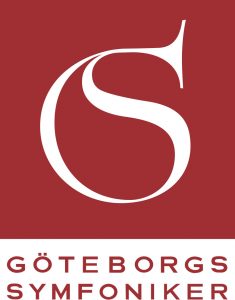 The Gothenburg Symphony Orchestra, one of Europe’s most highly renowned symphony orchestras, was founded in 1905. The orchestra played Sibelius’s music for the first time in 1907, performing the Second Symphony under the baton of Armas Järnefelt. In the decades that followed, the Second Symphony featured on the orchestra’s programmes so often that it became an unofficial calling card.

In February 1911 Sibelius conducted his own music in Sweden for the first time, with the Gothenburg Symphony Orchestra (in works including Pohjola’s Daughter and the Third Symphony), and in 1915 Sibelius’s only wartime trip abroad took him to Sweden, where he conducted his own music in Gothenburg. He visited Gothenburg again to conduct his own works in 1923, and dedicated his Sixth Symphony – completed that year – to Stenhammar. When Stenhammar died in 1927, Sibelius wrote: ‘In all my life I have never met such a noble and idealistic person as Wilhelm Stenhammar. I am proud that I could count myself among his friends. He meant so much to my art! How infinitely empty it feels now that he is no longer with us.

The orchestra’s strong Sibelius tradition continued even after Stenhammar’s time, for example with the conductor Neeme Järvi, who recorded two cycles of Sibelius symphonies in Gothenburg (for BIS and Deutsche Grammophon). Among the BIS Sibelius recordings are also numerous world premières, for instance of the opera The Maiden in the Tower, the Overtures in A minor and E major, Ballet Scene and Academic March.

The Royal Philharmonic Orchestra and conductor Alexander Shelley will perform a series of concerts devoted to the music of Sibelius and Prokofiev at the Cadogan Hall in London in the 2016–17 season.

Born in London in 1979, Shelley, the son of celebrated concert pianists, studied cello and conducting in Germany and first gained widespread attention when he was unanimously awarded first prize at the 2005 Leeds Conductors Competition. In January 2015 he assumed the role of principal associate conductor of London’s Royal Philharmonic Orchestra.

The concerts are as follows:

The Lahti Symphony Orchestra’s Sibelius Festival 2016 marked the beginning of a new era: the start of Dima Slobodeniouk’s tenure as principal conductor of the orchestra and artistic director of the festival.

The festival is now in its seventeenth year and took place on 8–11 September. For listeners it marked a leap into the unknown…