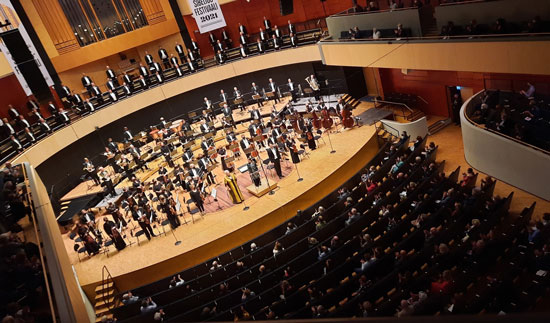 The Lahti Symphony Orchestra’s 24th Sibelius Festival will be held at the Sibelius Hall in Lahti from 7 to 10 September 2023, with Dalia Stasevska, chief conductor of the orchestra, as its artistic director. The festival will include a guest appearance by the Swedish Radio Symphony Orchestra under Daniel Harding.

The programmes for the orchestral concerts replicate original programmes conducted by Sibelius; the main chamber concert features works heard at an event to celebrate his fiftieth birthday. A family concert, ‘Melody Forest’, will also be included in the festival programme, on Sunday morning, 7 September.

Read our review of the 2016 Lahti Sibelius Festival: click here.

Read our review of the 2017 Lahti Sibelius Festival: click here.

Planning a visit to Finland?

If you’re planning a trip to Finland, Sibelius One is always happy to help its members with advice and recommendations about where to stay, what to see and what do do. Drop us a line at info@sibeliusone.com