It is not very common to hear all Sibelius’s symphonies in two weekends, played by one orchestra being led by one conductor. Especially in The Netherlands, where a lot of Sibelius’s music is for some reason still relatively obscure, and one might be lucky to hear a Sibelius symphony being performed by any of the major orchestras only once a year. So it was certainly a bold move for the Rotterdam Philharmonic Orchestra to organize a Sibelius Festival and to invite Finnish conductor Jukka-Pekka Saraste to conduct a complete Sibelius symphony cycle. Aside from all seven symphonies, some other orchestral works like the Violin Concerto and Luonnotar are also on the programme, as well as some songs, chamber and choral music by the Finnish composer. Credits to the Rotterdam Philharmonic Orchestra for bringing this wealth of Sibelius music to The Netherlands! It was attractive enough to bring a group of Sibelius One members from around the globe to the first weekend of the festival. 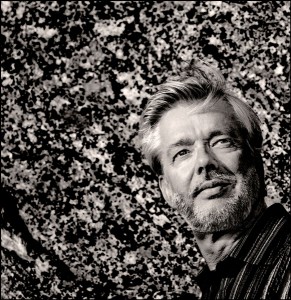 The first concert on Friday was an unusual combination of music for violin and piano, played with panache by Pekka Kuusisto and Heini Kärkkäinen, and Finnish folk music, sung and played on kantele by Ilona Korhonen and Pauliina Syrjälä. The link between the two ‘classical’ pieces, the Sonatina, Op. 80, and five Danses Champêtres, Op. 106, and the folk music wasn’t very clear, maybe because the works for violin and piano were written relatively late during Sibelius’s career, but one of the songs with kantele had some odd meters that obviously resembled the third, choral movement of Kullervo. The concert might have been even more enjoyable if it had been held in a smaller hall than the huge Grand Hall of De Doelen.

Regular visitors to the Lahti Sibelius Festival are used to hearing Finlandia, arguably Sibelius’s most famous work, as the encore of the final orchestral concert, but here it was programmed as the opening work of the Friday night concert. Big and bold, but never rough: one could clearly hear that this orchestra is used to playing in its own big concert hall. A much smaller string section was used in the second work, the Six Humoresques for violin and orchestra. Once again the inimitable Pekka Kuusisto stole the show with his combination of technical excellence and folksy flair, sometimes playing his violin while holding it like a fiddler instead of a classical trained violinist. Maestro Saraste and the orchestra provided the soloist with some very subtle and beautiful accompaniment. As an encore, Mr Kuusisto returned to the folk music theme with an old Finnish dance, played very softly.

After the intermission, the Rotterdam Philharmonic Orchestra returned in full force with a performance of the First Symphony. A beautiful soft clarinet solo introduction was followed by a very powerful orchestral tutti and Maestro Saraste guided the orchestra with a sure hand to the last two pizzicato notes. The orchestra was in good form, with particularly well balanced brass. In general, the piano and pianissimo passages could have been played a little softer, but this was a very satisfying opening of the symphony cycle.

Unfortunately, especially for international visitors, there was no Sibelius on Saturday, but we made a virtue out of necessity by visiting nearby Amsterdam. In the evening, we attended a concert in the legendary Concertgebouw, a modern programme with Béla Bartók’s suite from The Miraculous Mandarin, a world première performance of a violin concerto by Dutch composer Robin de Raaff, and Dmitri Shostakovich’s First Symphony.

On Sunday afternoon, the Sibelius Festival continued with a song recital by Finnish soprano Helena Juntunen and pianist Eveliina Kytömäki, who have been playing together for more than 20 years. They presented a very broad range of Sibelius songs, with both well-known songs like Flickan kom ifrån sin älsklings möte and relatively obscure songs like Små flickorna, all performed with conviction and strong voice in the surprisingly intimate Juriaanse Hall. The audience was clearly captivated by the performance of these songs, helped by the handout with excellent (Dutch) translations of the song texts. Eveliina Kytömäki also played three solo piano works by Sibelius, all from the Ten Pieces, Op. 24. The Waltz (No. 5) showed how much Sibelius loved writing waltzes, and the Romance in D minor (No. 4) and Barcarole (No. 10) highlighted Sibelius’s unique gift for writing haunting melodies. Especially the performance of the Barcarole almost sounded like a work by Erik Satie in its quieter passages.The last concert of the festival offered four orchestral works from the middle period of Sibelius’s career. One could, before the concert and during the intermission, hear the musicians still practise their parts, proof that this music hardly ever gets played in The Netherlands, unfortunately… The Third Symphony’s first movement had plenty of forward momentum, while the second movement got a beautiful flowing performance; for me this was the highlight of this festival. The third movement, with its fusion of scherzo and finale, seemed to end a bit prematurely, like there was still something in the tank when the final bar was reached. Special mention must go to the French horn section, who all played their parts that are so important in Sibelius’s music, long notes, stopped notes and all, very convincingly. For Luonnotar, Helena Juntunen returned to sing the fiendishly difficult soprano part in this unique composition. Her powerful voice enabled her to soar above the orchestra when needed, although not always entirely accurate. The soft coda with its gentle pulsations was magical. I’m sure a lot of audience members who have never heard this music before were absolutely baffled in a positive way by this performance.

The Fourth Symphony is substantial enough to be the only work played after an intermission, but the organizers were generous enough to bring Helena Juntunen back to the stage for a performance of the seldomly heard orchestration by Sibelius himself of his song Höstkväll (Autumn Evening). This short and almost desolate work with its sparse orchestration was given a very atmospheric performance, despite the muddy first chord. The snare drummer that played the soft roll during the verse that tells about ‘rain falling on the rocks’ then changed seats to his glockenspiel that was placed in front of the horns instead of its usual position in the back of the orchestra. The Fourth Symphony received a straightforward no-thrills, no-nonsense performance with a very subdued ending that fitted this composition very nicely, as far as one can speak of ‘nice’ with this symphony… For me, the way the movements were played continuously, with hardly any silence in between them, detracts from the unique quality of this work. As an encore, the orchestra gave us a cool rendition of  ‘that other big Sibelius hit’ Valse triste. A very successful first weekend of this Sibelius Festival!

The second half of the festival starts on Friday 29 November, with a concert featuring the Second Symphony and the Latvian violinist Baiba Skride playing the Violin Concerto, and chamber music including the Piano Quintet and Andante festivo. On Sunday 1 December  there will be choral music with the YL Male Voice Choir, and the Rotterdam Philharmonic Orchestra will play the Fifth, Sixth and Seventh Symphony in one concert! Jukka-Pekka Saraste will again conduct. A lot of people from our Sibelius One group will return, and if more people will want to come along, they should hurry since tickets are already selling fast again!

Rob Ebbers is a software engineer from Aalten, The Netherlands. Also an amateur trombonist, his first encounter with the music of Sibelius was playing Pohjola’s Daughter in the Dutch national student orchestra, leading to com­pulsive Sibelius record collecting, and attending Sibelius concerts in The Nether­lands, Belgium and Germany. Every year, he tries to combine his pilgrimage to the Sibelius Festival in Lahti with at least one long trek through the Finnish wilderness.