Several major Sibelius manuscripts are being sold at auction by Sotheby’s, London, on 24 May 2016.

It is rare for major Sibelius manuscripts to be sold, and even rarer for a number of important manuscripts to be offered at the same time. All of the works in question are among the pieces that were published by Robert Lienau in the first decade of the twentieth century.

Foremost among these is the autograph manuscript of Pohjola’s Daughter; Sotheby’s remark that ‘no manuscript of this importance and calibre has appeared on the market for over ten years’. Also on sale are the primary sources for the final version of the Violin Concerto (although most of the autograph score is lost) and the complete piano transcription of the incidental music to Pelléas et Mélisande. Finally there is a set of eight autograph fragments, plus a score containing other revisions, pertaining to the male choir version of the patriotic cantata The Captive Queen.

The Pelléas manuscript is of particular interest because it contains two previously unknown piano transcriptions of movements that were omitted from the published piano version of the suite.

On Wednesday 4th May 2016 at 6.30 pm the Embassy of Finland in London is organizing a concert of Finnish music by Duo Teos (Kreeta-Julia Heikkilä, violin and Roope Gröndahl, piano) followed by a buffet reception at the Finnish Ambassador’s Residence in London.

Members of Sibelius One are invited to attend this concert but the number of tickets available is strictly limited and they will be allocated on a first come, first served basis. Click here to find out how to apply for tickets. 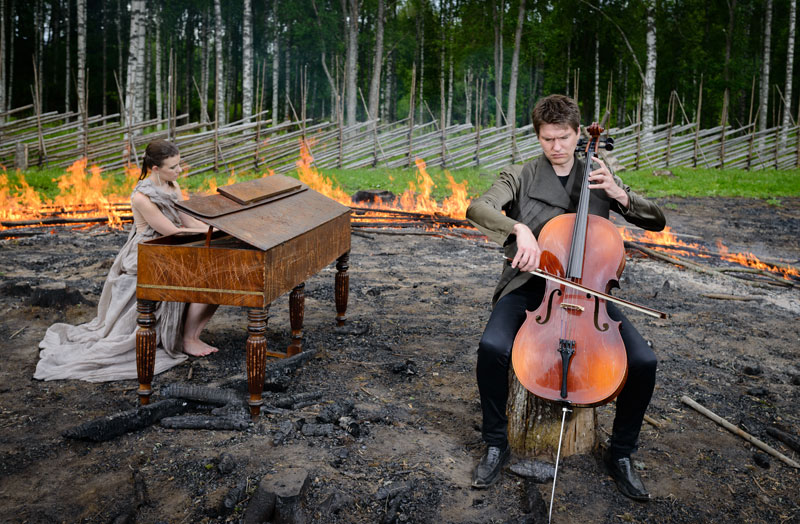 Sibelius Inspiration is the name of a concert arranged by cellist Jussi Makkonen and pianist Nazig Azezian that combines Sibelius’s music and Finnish nature in a unique way by means of video and multimedia. The concert includes some of Sibelius’s best-known compositions and also exhibits Finnish costume design and an Ainola garden fragrance made especially for the concert. The successful world première of the multimedia concert was held at the Orpheum Theatre in New Orleans on 27 September 2015.

The cellist Jussi Makkonen is an expert on Sibelius’s music. He and the pianist Nazig Azezian have performed Sibelius in Finland for hundreds of thousands of listeners. In recent years, concert tours have taken them, besides Finland, to Norway, Germany, Belgium, Italy, the United States, Canada, Denmark, Greece, Romania, Moldova, Estonia, Indonesia, Vietnam, Hong Kong, Malaysia and the Philippines. Their all-Sibelius CD (original compositions and arrangements) with Annastiina Tahkola, mezzo-soprano, Esa Ruuttunen, baritone and Susanna Mieskonen-Makkonen, violin, was released in 2015.

The Sibelius Inspiration multimedia concert is an all-encompassing experience: by the means of music, video, sound and light, the audience is transferred into the world that inspired the Jean Sibelius. The concert takes the listener to the world of Sibelius’s home and the floral splendour of the Ainola garden, to the magical moss forest at dusk, and to the summit of the Koli mountain in the midst of a thunder storm. Sibelius’s compelling music, the narration and the videos filmed for the concert bring Finnish nature, as seen by Sibelius, palpably close to the listener.

The videos for the multimedia concert were filmed and directed by Aira Vehaskari. Mert Otsamo, a well-known Finnish fashion designer, designed the artists’ performance costumes for the concert. The Finnish parfumeur Max Perttula designed the Ainola garden fragrance for the concert. The fragrance is tied in with the concert: the scent of Ainola’s flowers spreads in the concert hall as the audience is transported into Ainola’s garden by  means of multimedia. The L’air d’Ainola fragrance was released as a women’s perfume on the 150th anniversary of Sibelius’s birth, 8 December 2015.

In recent years the duo has performed more than 1,300 school concerts in Finland in recent years, and dozens of school concerts in different parts of the world as well. The concerts have already had over 300,000 listeners. Response to these concerts has been very enthusiastic in Finland, Norway and the United States. At these concerts the players not only perform Sibelius’s music to the children but also tell them stories about Sibelius’s life and the compositions heard at the concert. The new multimedia concert has been performed at schools as of autumn 2015, to great acclaim.

In addition, in January 2015 Makkonen and Azezian released a children’s picture book on Sibelius’s life in Finnish, English and Swedish called Melody Forest. The book has become one of the best-selling children’s books in Finland. The Melody Forest book has illustrations by Katri Kirkkopelto, and the book has been distributed to every Finnish elementary school with the support of the Finnish Ministry of Education and Culture. In August 2015 they became the first Finnish classical cello-piano ensemble to receive a gold record award (over 10,000 copies sold) – for the Sibelius-themed record included with the Melody Forest book. 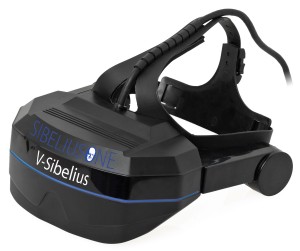 For more information about the V-Sibelius, our 2016 April Fool, please click here.