The Polish-born but naturalized French composer, conductor, music theorist and teacher René Leibowitz (1913–72) was significant in promoting serialism and the New Music in France after World War II, and famously described Sibelius – on the occasion of the Finnish composer’s 90th birthday – as ‘le plus mauvais compositeur du monde’. Ronald Powell discusses his music in the context of other composers, notably those of the Second Viennese School.

Sibelius was a conservative, unquestionably – he wrote symphonies, and, comparatively, a lot of them. But within those symphonies he was his own man.

Take their length. Kullervo lasts about 70 minutes, but the numbered symphonies shorten to the Seventh’s 23 minutes or so. Mahler’s completed nine however last an average of around 80 minutes. Elgar’s two each last almost an hour.

Then performers (other than strings). Kullervo requires 25, two singers and a choir: but afterwards Sibelius’s requirements are small, mostly below twenty. Mahler 5 requires 33 and Mahler 6, 50. Elgar requires 29 and 30.

Then of the notes Sibelius wrote there are three points.

Firstly, after Kullervo and the First, Sibelius’s themes tend to be shorter than the late Romantic norm, fragmentary even. Secondly, with time, Sibelius’s writing becomes rather more complex rhythmically. The rhythms of Kullervo are four-square.  From the Fourth onwards, however, what sounds straightforward to the ear can be quite complicated in the score. Thirdly, in the Sixth and the Seventh there are some short contrapuntal passages evidencing Sibelius having steeped himself in Palestrina[1].

In their History of Western Music[2] Grout & Palisca say of a particular composer that he turned away from post-Romantic gigantism, that his compositions as a whole became more concentrated and compact, that he wrote melodic lines that became fragmented, and that he used rhythm and counterpoint which became more complex. These comments largely apply to Sibelius. But Grout & Palisca were actually writing about Schoenberg.

Schoenberg’s abandonment of tonality and tonality-based forms left him faced with the problem of finding suitable new forms.[5] Up to 1914 or thereabouts he depended mostly on text to establish a thread in his extended works.[6] After 1914 there was a period during which he published nothing, partly because of World War 1. But during that period he was also aiming to construct, with the total resources of chromaticism, a new tonal system, obtained by means of a new method of realizing functional unity.[7]

Schoenberg presented his new system in 1923, the Five Pieces for Piano, Op. 23, in the last of which he systematically used the twelve notes of the chromatic scale to provide every note.

As regards the functional unity thereby realized, Schoenberg did not say much, though according to Webern, Schoenberg meant to write a book about unity in music. Webern himself said that unity was the establishment of the utmost relatedness between all component parts and that unity was important because it was the indispensible thing if meaning was to exist.[8] Webern also said that Schoenberg’s method of composition with twelve notes achieved a degree of complete unity that was not even approximately there before. [9]

Sibelius stuck to tonality, and to the symphony, and by and large to sonata form as well. The symphony and sonata form however are, and were, essentially disunited – separate and unrelated movements in a symphony and separate and unrelated themes within its movements. But the idea of unity clearly appealed to Sibelius. His note of the meeting he had with Mahler towards the end of October 1907 was that Mahler said that the symphony must be like the world – it must be all-embracing. Sibelius, however, spoke of the symphony’s severity of form and of the profound logic that created an inner connection between all the motifs.[10] This ‘inner connection between all the motifs’ is clearly the same as Webern’s ‘utmost relatedness between all component parts’.

But instead of pausing to think it out as Schoenberg had done, Sibelius from the start worked slowly towards inner connections. Kullervo, the First and the Second, all contain simple connecting features. In the Third, first performed shortly before Sibelius’s meeting with Mahler, there are, however, significant connections. The sonata form of the first movement has a second subject and a coda theme that are derived from the first subject. And the unusual last movement has two sections, the first of which contains a number of fragments which Sibelius develops into the theme which is the sole theme of the second section.

The first movement of the Fifth is similar in form to the last movement of the Third – fragments gradually brought together. Sibelius struggled with this movement over several years but significantly he thought the final version was one of the best things he had ever written.[11]

Then in the Seventh Sibelius produced complete unity. In the first seven bars he presents three thematic fragments, totalling seven notes. He subsequently uses those fragments to provide all the material, though not all the notes, of the symphony’s single movement.

So within the space of a year or so Schoenberg and Sibelius both produced works that achieved a degree of unity previously unknown, both using a small number of notes to form the basis of the whole.

Of course there are differences between Sibelius and Schoenberg, the most obvious one being that Schoenberg went on to write many works using his method, and to found a school of composition based on it. Sibelius did neither, and having achieved the Seventh, stopped. But it is unfair that Schoenberg’s supporters should have labelled Sibelius the worst composer ever given the technical and philosophical similarities between them. Those similarities incidentally have been noticed before: as Tawaststjerna[12] says:

‘Ernest Newman saw the greater severity and concentration of the [fourth] symphony as part and parcel of a more widespread stylistic trend: Schoenberg, he argued, was trying to do much the same thing but without the same success.’ 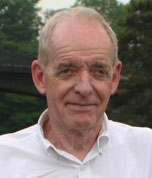 Ronald Powell read music at King’s College, London in the 1960s before pursuing a career in the law. He is now retired and lives in London.