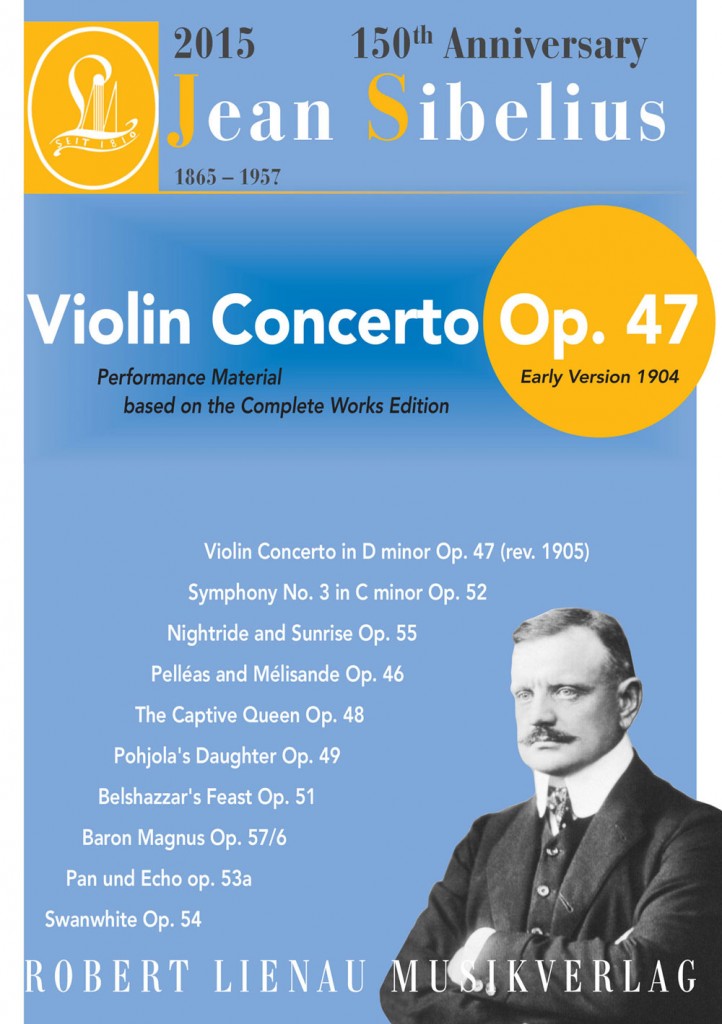 The Berlin-based publisher Robert Heinrich Lienau concluded a publishing contract agreement with Jean Sibelius in 1905. The first work included in the agreement was the Violin Concerto in D minor, Op. 47. After being criticized at its first performance on 8th February 1904, the concerto was withdrawn for revision. Out of respect for the composer’s intentions, the early version from 1904 could previously only be made public on rare occasions.

In keeping with the work carried out on the Jean Sibelius Complete Works Edition, and in order to meet the great interest of professionals in the 1904 version, the composer’s heirs and publisher have now decided to release it. This is a significant step not only for academia but also for performers and the public.

The early version of the violin concerto is generally regarded as more dramatic, virtuosic and Beethovenian than the revised version, as well as being harsher and more jagged. It exerts a peculiar charm and, together with the revised version of 1905, provides a unique insight into the workings of the composer.