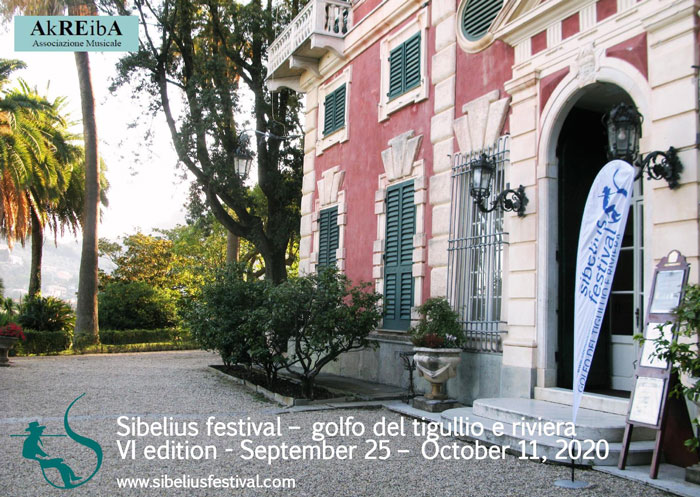 The Sixth Sibelius Festival – Golfo del Tigullio e Riviera will take place in the autumn of 2020 in the Tigullio Gulf (eastern Liguria, Italy) in some of the places familiar to Jean Sibelius: Santa Margherita Ligure and Chiavari. The dates are 25–27 September, 2–4 October and 9–11 October.

Among the artists invited are the Chamber Ensemble of London, Myrsky string ensemble, pianists Folke Gräsbeck (artist in residence since the first festival in 2015) and Dario Bonuccelli, violinists Peter Fisher and Olivier Pons, flautist Elena Cecconi, baritone Petri Kirkkomäki and other soloists and groups. Federico Ermirio is artistic director of the festival.

Further details will be released in the coming months and will be listed at www.sibeliusfestival.com.

For details of hotels (various categories), restaurants and local sights, write to: sibeliusfestival@gmail.com.