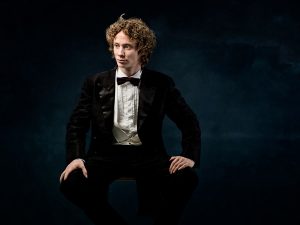 Rouvali and Hrůša  take up their roles at the beginning of the 2017/18 Season. Both artists will conduct several concerts a year – and contribute to the programming for the orchestra’s major series.

Santtu-Matias Rouvali (31) has conducted the Philharmonia in concerts across its UK residencies. In his début with the Philharmonia at Southbank Centre’s Royal Festival Hall in January 2016, Rouvali conducted Sibelius’s Second Symphony.

Rouvali describes the Philharmonia as ‘a perfectly-shaped orchestra. Its players can pick up any music, are always prepared and technically very skilful. There are so few orchestras around the world who can get close to that. Now I can conduct them: what more could I wish for?’