Below is a series of seven images of places with a connection to Sibelius’s life and/or career. Can you identify them correctly? (Multiple choice.) 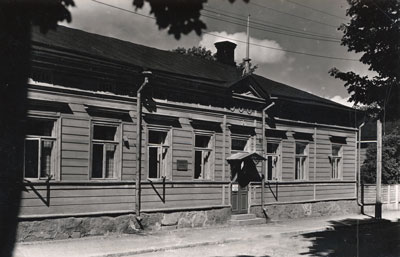 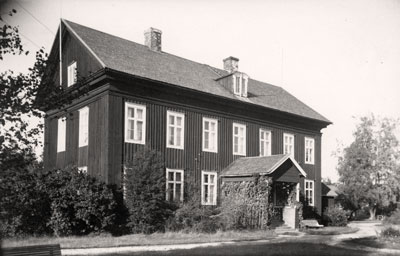 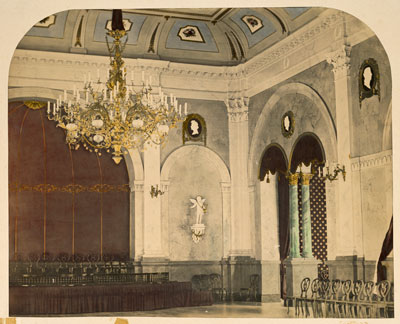 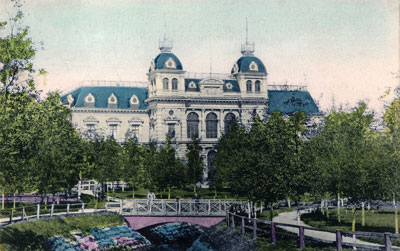 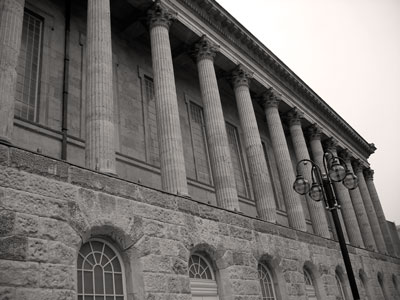 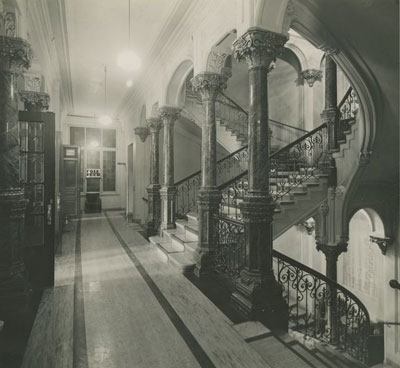 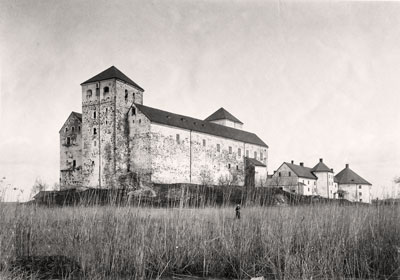 a) Turku Castle, site of Duke Johan’s Court (Press Celebrations Music / Scènes historiques: Festivo)
b) Häme Castle, near which Sibelius grew up
c) Viipuri Castle, the founding of which is celebrated in the Karelia music, tableau II.

Where has Sibelius been? Find the countries that Sibelius visited! Horizontal, vertical, diagonal, backwards… how many can you spot? 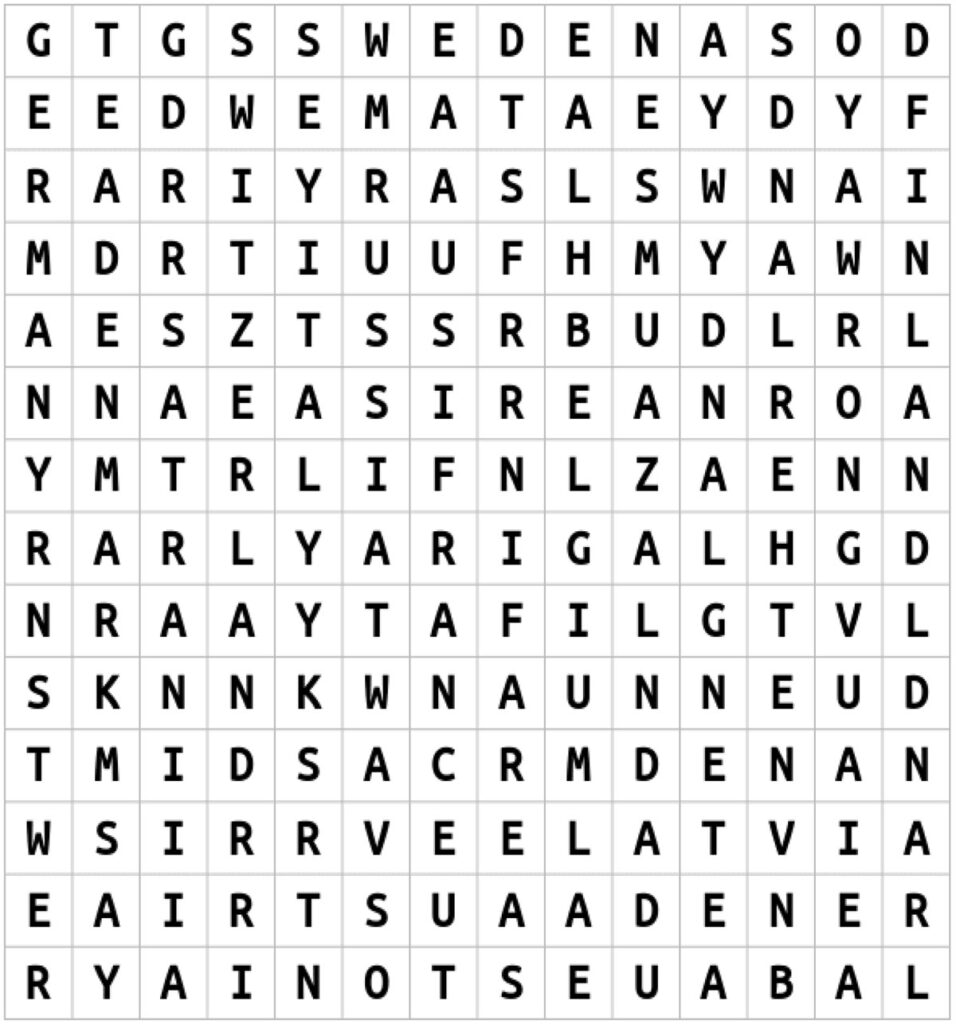 Good luck! And when you’re done, click here to find the solutions.