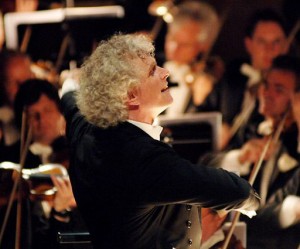 Congratulations to Sir Simon Rattle, who has been awarded the Sibelius Medal of the Sibelius Society of Finland.

Rattle and the Berlin Philharmonic Orchestra will visit London in February 2015 to perform all seven Sibelius symphonies.

An extended interview featuring Sir Simon Rattle in conversation with the Finnish author and journalist Vesa Sirén can be viewed at the Helsingin Sanomat website: click here.